Is Cryptex going to set your next marketing campaign on fire? We investigate how a company used Cryptex in Russia to showcase their products and services. 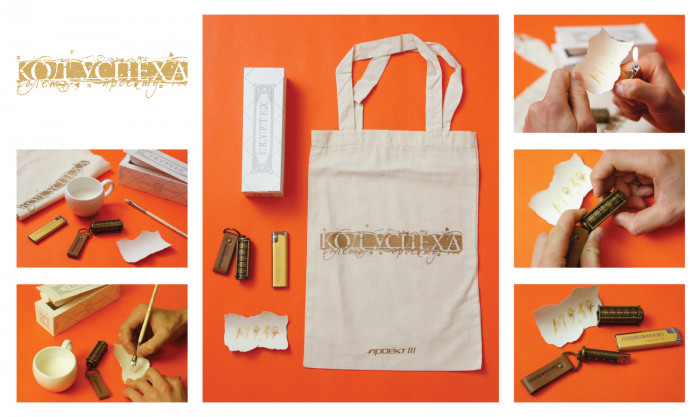 Mystery surrounds the Cryptex, invented first by Leonardo da Vinci and brought to attention in the 21st century by Dan Brown’s Da Vinci Code. The original Cryptex were used for documents and scrolls with a special cylinder which would destroy its contents if the wrong code was input. It was a favorite of the aristocracy, secret brotherhoods and exiled political leaders. The famously secret Rosicrucians of the 17th century used the Cryptex for hiding their mystical and occult secrets.

The Cyptex is recreated from drawings by Leonardo da Vinci, of a cylinder of five marble discs. Each disk is marked out with letters, numbers or symbols and rotates independently from the others so that a password can be assembled through moving the discs to the correct positions. Inside was a small parchment of thin papyrus holding the top secret information wrapped around a fragile vial of acid. If the Cryptex was to be tampered with, the bottle would shatter instantly destroying the papyrus and the secrets written on it.

The 20th birthday of Project 111 inspired this company from Russia to create a game/quest for employees and partners. They assembled a video of the brightest moments in their history and saved it to the Cryptex USB stick, but the code to the device was hidden. Taking inspiration from history, the code was written on a piece of paper with milk. The code was only revealed by heating up the scrap of paper with a golden cigarette lighter, which was put into the gift bag with the Cryptex.

While there were a few instances of people setting their code parchment on fire and others working out how to open the device with tools, the event was a great success.

This case study have been published in Hapica Live magazine in Germany.

Want to incorporate the Cryptex into your event? Our friendly office in Riga is more than happy to help! Contact us on +37166102365 or email us at europe@smartdecisionsint.com.
Our helpful staff speak English, Latvian, Spanish, German, Mandarin and Russian.